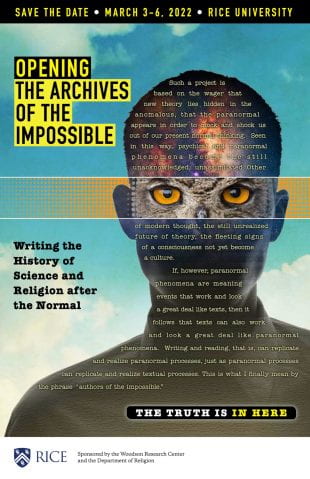 Jacques F. Vallée, PhD, is the founder of Documatica Research, LLC, San Francisco, California. An information scientist with a background in astrophysics and AI, he served as one of the architects of social networking on the early Internet, and as a founder of five international venture capital funds in Silicon Valley, including NASA’s Red Planet Capital. Jacques’ early interest in the UFO phenomenon and psychical research led to a series of books and technical papers in many languages. Most recently, he developed the largest extant UAP “data warehouse” for a classified project.

Whitley Strieber is the author of Communion, the best selling book about close encounters in history, and many follow up books. His latest works are the Afterlife Revolution, about the mysterious possibility of extra-physical consciousness, A New World, covering his recent experiences with the phenomenon he calls “the visitors,” and the latest discoveries about the ambiguous experience of contact, and Jesus: A New Vision, a reconstruction of the life and teachings of Jesus. His website is Unknowncountry.com, which hosts his podcast, Dreamland. The site has been in operation since 2000, and the podcast has been broadcast weekly since 1998. Whitley lives in California.

Edwin C. May, PhD, is the president and founder of the Laboratories for Fundamental Research, Palo Alto, California. Formerly, he was a scientist with the U.S. Government’s secret ESP program popularly known as Star Gate from 1976-1995, and was the director of that program from 1985 to 1995. He is the author of several articles in the nuclear physics literature, many papers in the technical journals of parapsychology, and over 300 technical final reports on ESP to the government. He received his doctorate in experimental nuclear physics from the University of Pittsburgh in 1968.

Leslie Kean is an independent investigative journalist who has been bringing credible information about hidden, paranormal and “impossible” realities into the mainstream for over twenty years. She is the author of Surviving Death: A Journalist Investigates Evidence for an Afterlife and UFOs: Generals, Pilots, and Government Officials Go on the Record, a New York Times bestseller. Kean co-wrote the pivotal December 2017 New York Times story which revealed the existence of a secret Pentagon UFO program and included the release of now-famous Navy videos. Surviving Death is the basis for a 2021 six-part documentary series on Netflix.

Diana Pasulka is a Professor of Religious Studies at the University of North Carolina, Wilmington. Her research spans Catholic history to new religious movements. Recent books include American Cosmic: Religion, UFOs, and Technology (OUP 2019) and Contact 21: Encounters with Non-Human Intelligence (forthcoming). She has published in Tank, Vox, Vice, and has been invited to speak at numerous institutions and venues, including the Guggenheim Museum in New York City, keynotes at universities, and international public radio. She is lead investigator on an ongoing study of Catholic manuscripts and saints at the Vatican Secret Archive and the Vatican Space Observatory.

Sebastiano De Filippi (B.A., M.A., Ph.D. candidate) is an Italian-Argentinian musician, author and scholar. He studied social sciences at the Buenos Aires and Argentine Catholic universities. He is Music Director of the National Congress Chamber Orchestra and Artistic Director of the Latin-American Orchestra Conducting Academy. As a researcher of fringe phenomena he has 25 years of experience. He is the author of a hundred papers and articles. His UFO-related books are The City of the Blue Flame, The Lords of Uritorco and Project Erks, published in Argentina, Chile, Spain and Italy; The Other Toscanini was published in the United States.